​Rachel Johnson is the founder and director of the No Price Tag Conferences.  She is an author and speaker who loves teen girls!! Rachel wrote her book, God's Girl, after she realized that teen girls were actually listening and choosing purity!! Rachel wants all teens to know they don't have to sell out to the world-they can live for God in purity and still have an amazing life!! Rachel graduated from North Central University in 1996 and is an ordained minister with the Assemblies of God. She is married to Jeremiah Johnson, who is the lead pastor at Grace Pointe Assembly of God in Carthage, Missouri  She has four children including two teenagers and twin boys!

​Greg was born and raised in South Bend, IN.  At age 22, he met his wife, Kelli, and later accepted Jesus as his personal savior.  He owned a successful communications business, drove racecars, and test drove for a NASCAR team, all before moving to South Carolina where God called him into the ministry.  He has two children, and is currently the Associate Pastor at Grace Pointe in Carthage where he is pursuing his credentials with the Assemblies of God.  Growing up in a non-Christian home, Greg knows all too well the temptations boys face.  Now more than ever we need to teach our boys the importance of guarding their eyes, and their hearts.

Jared Alverson
​
Jared grew up in a pastor's home in southern Missouri, but not without his share of rebellion and questions. Jared will encourage our young men that the struggles they are facing are not without hope. They are not the only ones, and God will reveal Himself and give them a way out of trouble. Join us on Thursday night, August 6 at 7pm. 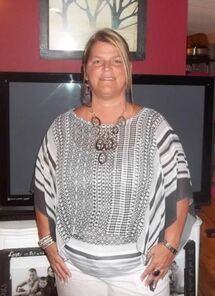 Tammy was born in Shreveport Louisiana but raised in Spartanburg, S.C. with her two siblings. She is a mother of three young men and two beautiful granddaughters. She has a writing ministry called Gods Warriors that ministers to incarcerated men and women around the world, and shares the love of Jesus Christ. She has a huge heart for teen girls and wants to share with the importance of self worth and choices. She is a member of The Rock Church of Inman, S.C. Her hopes are that God will continue to open doors and continue giving her the opportunity of sharing his never ending love. Listen to the Purity Talks podcast with Tammy Simmons at https://anchor.fm/puritytalks/episodes/Special-Guest-Tammy-Simmons-efv7p2. 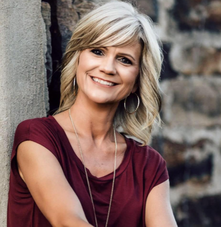 Susan Moore is a wife, mom and a new grandma. Her story began growing up on a ranch in Nebraska with an amazing loving and Godly family with all the love and support a girl could ask for. Susan’s life took a sharp downward spiral as a series of events took place. After years of brokenness and bad choices she found herself dealing with a severe eating disorder and being a post abortion  survivor. God never stopped pursuing her and with one miracle after another ,and a lot of hard work ,all the prayers of her family were answered. Susan now spends her life sharing hope ,healing, and complete redemption through Jesus Christ. Coming against shame and condemnation. God has opened doors for her to share her testimony at large conferences, as a youth minister, in Christian settings as well as secular settings and one on one. One of her favorite quotes that she lives by and shares is this: "Redemption is not about creating something new; it’s about redeeming what has always been."  Everything broken can be fixed, Everything taken can be redeemed, Everything dark can be light, Everything we were created to be WE CAN BE!!  Listen to the Purity Talks podcast featuring Susan Moore at https://anchor.fm/puritytalks/episodes/Special-Guest-Susan-Moore-eg3bgs. 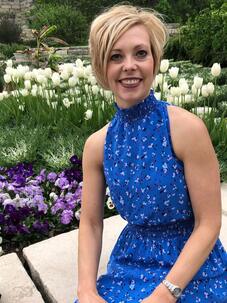 Robin Plathe lives in Omaha, Nebraska with her husband of 10 years, and their two German Shepherd dogs. As an avid reader, she knows that the circumstance in which you find yourself is not the end of the story. Robin has survived physical, sexual, emotional and spiritual abuse. After years of denial, revictimization, workaholism, perfectionism, the things that helped her survive were no longer allowing her to live. Gradually, she began to understand more deeply that there was One who desired to rescue her from a life that was killing her heart. As a runner, Robin has learned that life also requires everyday training and that some days are easier than others, but that each step is necessary. Through the process of learning to live free from the effects of the abuse, she had developed a passion for mentoring and discipleship to help others discover the only One who can rescue them. Listen to the Purity Talks podcast with Robin Plate at https://anchor.fm/puritytalks/episodes/Robin-Plathe-egero0.